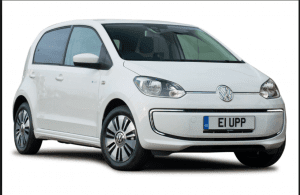 As part of a project called HolQueSt 3D, seven partners from industry and science, under the leadership of Volkswagen, are working together on developing a process for the three-dimensional (3D) laser processing of CFRP structures. The use of lasers overcomes the problems of milling and waterjet cutting, can be used with high precision, and the process has high reproducibility and flexibility.

Up to now, owing to the high temperatures generated, the laser processing of CFRP has caused damage to the laminates. Based on a fiber-guided laser with pulse lengths in the nanosecond range (developed by Trumpf Laser GmbH + Co KG, Schramberg, Germany), LZH,  Hannover, Germany, is developing both a process geared towards CFRP applications and an optimized process monitoring system.A further obstacle to the use of lasers for cutting CFRP components is the generation of particles and gases, which are hazardous to health. Together with Jenoptik Katasorb GmbH of Jena, Germany, LZH is working on a remedy by finding a suitable method for treatment and filtration.

The body of VW’s two-seat diesel-electric hybrid car, the XL1 (see photo), is largely made of CFRP. Further, the company owns an 8.18% stake in SGL Carbon of Wiesbaden, Germany.

You can use this tool to change your cookie settings. Otherwise, we’ll assume you’re OK to continue.

Turn cookies off Turn cookies on
I'm fine with this
(One cookie will be set to store your preference)
(Ticking this sets a cookie to hide this popup if you then hit close. This will not store any personal information)
Information and Settings Cookie policy
Stephens Gaskets Limited
Units 1-4 Alston Road Oldbury Oldbury, West Midlands B69 2PP
Phone: 0121 544 5808 Fax:121 544 4188, E-mail: sales@stephensgaskets.co.uk